Create a tool that projects a laser net to combine with the Light Painting photography technique, so that when projecting this net over a scene, it “seems” to be a wireframing view of a 3D modeled scene.

Using only one laser pointer, create a set of horizontal and vertical lines that combined with the photo long exposure will result in a laser net. The laser pointer is moved by two RC servos controlled with a PWM signal generated by a 16F876A PIC microcontroller.
Once the circuit is done, the program can be configured to change laser speed, offset between lines and net size.

For the video I used a 7.4V LiPo battery, the voltage is regulated by a 7805, and the laser pointer uses one of the PIC 5V outputs with a 25 Ohms resistor. 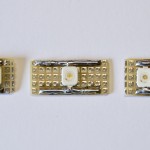 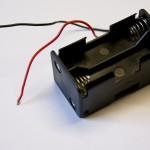 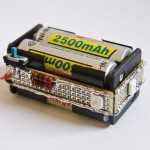 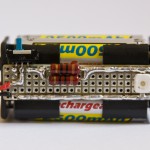 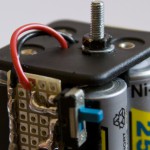 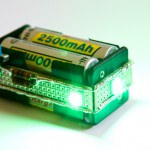